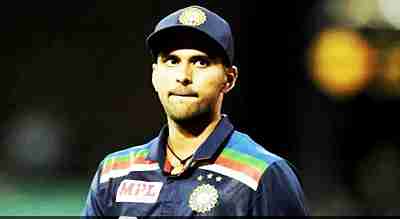 After testing positive for Covid-19, Washington Sundar has ruled out the ODI series against South Africa

PIC Indian spinner Washington Sundar has been ruled out of the upcoming three-match ODI series against South Africa after testing positive for Covid-19 and Jayant Yadav has been named as his replacement for assignment from the 19th of this month.  In another addition to the team, fast bowler Navdeep Saini, who was there with the Test team as a reserve, was asked to stay behind for the ODIs as a cover for Mohammed Siraj, who missed the third and final Test in Cape Town due to a hamstring injury sustained in Johannesburg.