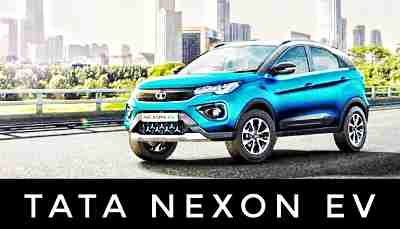 Since the last couple of years, Tata Motors has been on a roll as the local automaker has been posting some really impressive sales figures.  The automaker has put a lot of work into various aspects, such as new-generation design and engines, and safety, and now the efforts are paying off.  Tata Motors is accelerating its pace to strengthen its position in India as a leading automaker, preparing six new SUVs to arrive in the coming years.  Here is the complete information on all the new Tata Motors SUVs in the works.

While the Punch has become hugely popular with its handsome micro-SUV styling and a coveted 5-star rating in Global NCAP crash tests, the not-so-powerful 1.2-litre naturally aspirated petrol engine is its Achilles' heel.  Tata is said to be working on a more powerful turbocharged version of this engine, which should solve the problem of lack of power.  Like the Altroz ​​i-Turbo, the Punch Turbo will also get a 1.2-litre turbo petrol engine, making 110PS of power and 140Nm of torque.

There is a huge gap between the Nexon subcompact SUV and the Harrier midsize SUV, and to fill this gap, Tata Motors is reportedly working on an all-new premium compact SUV.  This new SUV will face new competition from SUVs like Hyundai Creta, Kia Seltos, Volkswagen Taigun, Skoda Kushaq, MG Astor and Nissan Kicks.  Details of this all-new SUV are scarce at the moment, however, like all other Tata products, this new SUV will have great visual appeal, space and safety.  Rumored to be called the Tata Blackbird, this new SUV is said to be offered with 1.5-litre turbo-petrol and 1.5-litre diesel engine options.

The Tata Nexon EV has already become a huge success for the Indian automaker as India's best-selling and most popular electric vehicle.  To make sure it keeps the momentum going, Tata Motors is reportedly working on an updated version of the electric subcompact SUV.  This new version will receive a couple of updates like new alloy wheels.  However, the biggest improvement will be in the maximum autonomy offered by this SUV.  Compared to the current range of 312 km claimed by ARAI, the updated version of the Tata Nexon EV is expected to offer a range of 400 km.

The Tata Harrier is the only offering in the mid-size SUV segment, offered with a diesel engine only and no petrol engine option.  However, the wait appears to be finally over as Tata Motors has started testing the petrol version of the Harrier.  While it will have the same design and feature set as its diesel-powered counterpart, the main difference will be under the hood.  The engine is believed to be an all-new 1.5-litre turbocharged four-cylinder petrol engine, which will be an upgraded version of the Nexon's 1.2-litre engine.  This engine is expected to offer a power output of almost 160 hp.

If the Harrier will receive a gasoline engine in the near future, in all probability its seven-seater version, the Safari will also receive the same.  Tata Safari shares its platform and current engine and transmission options with the Harrier.  The Safari has been tested with the same 1.5-litre turbocharged petrol engine, which is expected to make its presence in the Harrier very soon.  Expect the petrol Tata Safari to offer similar power and torque and with the same transmission options as the petrol Harrier.

Tata showcased the impressive Sierra concept at the 2020 Auto Expo, touted as the basis for the production version of the Sierra midsize SUV.  However, some recent reports have indicated that the new Tata Sierra will come in an EV-only avatar: it will be sold as an electric vehicle only and not with conventional petrol and diesel engines.  The new Tata Sierra takes design inspiration from the first generation Sierra sold in the 1990s, which happened to be Tata Motors' first passenger car.  However, unlike the old Sierra, this new Sierra will be a five-door SUV, whose powertrain details are unknown at this time.