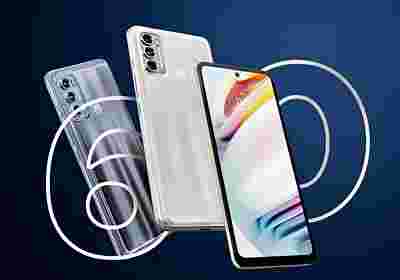 1. The first smartphone is the Moto G60:

Inside this Moto G60 smartphone, the organization has included a 6.8-inch Full HD+ display. 120 Hz is the refresh rate. It contains a 108-megapixel sensor on the back panel, along with an 8-megapixel super-wide-angle lens as well as a 2-megapixel depth lens. The selfie camera with a resolution of 32 megapixels will be included. In terms of additional features, this Moto G60 features a Snapdragon 732G CPU and a 6000mAh battery with quick charging capabilities.

A 6.4-inch OLED display is included on the Realme 8 Pro smartphone. Qualcomm's Snapdragon 720G processor powers it. This one has a fingerprint sensor built into the screen. The phone has a 108-megapixel quad-camera array on the back and a 16-megapixel selfie camera on the front. Aside from that, the Reality 8 Pro smartphone comes with a 4500 mAh battery.

3. The third smartphone on the list is the Redmi Note 10 Pro Max:

The 6.6-inch FHD+ AMOLED display of the Redmi Note 10 Pro Max smartphone. It contains a Qualcomm Snapdragon 732 CPU and a 5020 mAh battery with 33W fast charging capabilities. Aside from that, the smartphone will include a quad rear camera arrangement with a 108-megapixel iso cell sensor, an 8-megapixel ultra-wide-angle lens, a 5-megapixel super macro lens, as well as a 2-megapixel depth lens. Aside from that, the phone sports a selfie camera with a resolution of 20 megapixels.

4. The last smartphone on the list is the Motorola Edge 20 Fusion:

The Motorola Edge 20 Fusion features 8 GB of RAM and 128 GB of storage. A 6.67-inch Full HD Plus display, as well as a MediaTek Dimensity 800U CPU, are also included in the smartphone. Aside from that, the smartphone has a 108-megapixel triple back camera configuration, a 32-megapixel front camera, and a 5000 mAh battery.