Today's cryptocurrency prices include Bitcoin, Ethereum, and other digital currencies 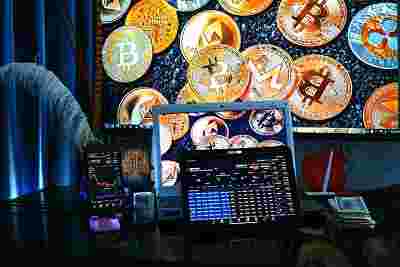 Bitcoin, Ethereum, and Other Cryptocurrency Prices!

Bitcoin led the crypto market capitalization chart with a stake of over 40%, followed by Ethereum with 21% as well as Binance coin around 4%.

According to the Times of India, the Rajkot crime branch detained two guys from Surat on Saturday for allegedly defrauding 17 people of Rs 38 lakh through a ponzi scam utilizing bitcoin. According to the authorities, the Ponzi scheme's mastermind was situated in Dubai.

According to the statement, the four defendants launched the plan in September 2020 and enticed others to invest in bitcoin.

These would be the values of several cryptocurrencies on the market in India as of 8:09 a.m. (Data from WazirX)